Shipping Goods To/From the US and Canada

Transporting Cargo To and From Honduras Contact Us
Honduras is one of the most dynamic economies in Central America. It borders the countries of Guatemala, Nicaragua, and El Salvador, with a small coastline in the Pacific Ocean in the south and the Caribbean Sea to the north. Coffee and bananas are staple items in the country, and also some of their traditional exports.

At Promptus LLC, we work with businesses like yours to coordinate transportation of goods between the US/Canada to countries in Central America, including Honduras. By offering various shipping methods via land, air, sea, or a combination of all three, it allows us to better streamline our services to companies who are looking for the best rate and quickest shipping option for their goods.

Main Ports and Airports in Honduras

Puerto Cortes is the only deep-water port in all of Central America and generates the most traffic. As such, it is the best option for shipping internationally to and from the United States. The Port of Puerto Castilla and the Port of San Lorenzo are also major players in the area, offering plenty of storage space.

Airports
While there are many airports throughout Honduras, only the following are designated for significant international travel and shipments:

Toncontín Int’l Airport (located in the country’s capital city of Tegucigalpa) and San Pedro Sula’s are the busiest for cargo heading to and from the US and Canada. 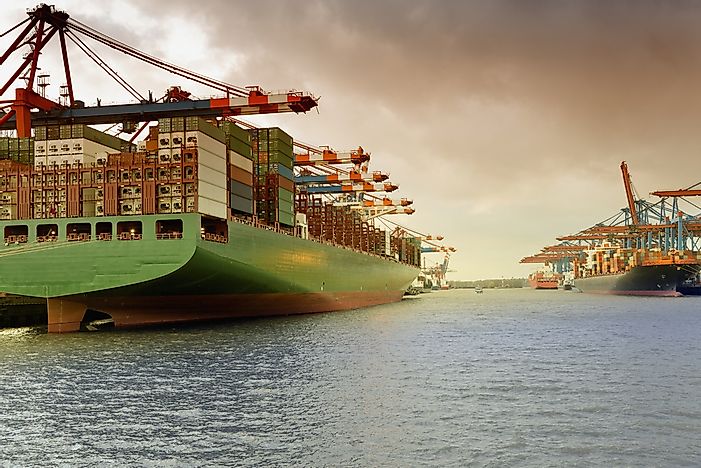 Import/Export Info Between the US/Canada and Honduras

Honduras’ export economy ranks as the 89th largest in the world. It is the US’ 47th largest trading partner, claiming 41% of total goods coming to and from the United States.

In 2017, the United States ranked Honduras as the 41st largest market to export goods into, calculating $5.1B in shipping trade value. The top categories businesses have exported to Honduras from the US/Canada include:

In 2017, Honduras became our 49th largest supplier of imported goods, grossing around $4.6B in trade value, an increase of 17.1% since 2007. While the US and Canada receive numerous products from Honduras, some of the top imports include:

How Much Does It Cost to Arrange Transport To/From Honduras

With over 20 years of experience, our team is expertly trained to assist you with all your freight forwarding needs, including the best rate on international shipping options to and from Honduras. We operate out of the US/Canada, with our headquarters near the Port of Miami. Our staff is dedicated to helping you organize every aspect of your global logistics needs, including assisting with facilitating your shipments through Customs. Contact us at 1-877-776-6799 to get in touch with a Licensed Customs Broker and learn more about our import/export services today!